Other notable trends from June 2009 show: 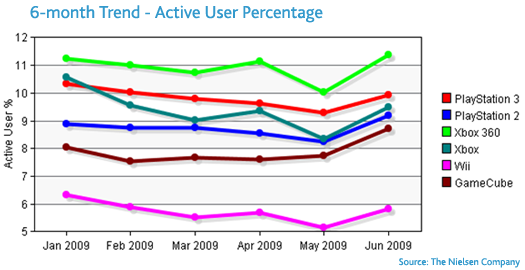