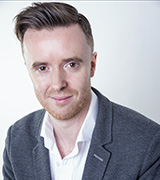 Tim walks into a supermarket. He’s after four items: a stir fry pack of veg, chicken, fresh noodles and a can of his favourite craft beer. Tim knows this will cost him £12.50 and that he’ll leave the supermarket with the products that he wants for his dinner tonight.

But imagine a parallel universe where Tim still wants exactly the same products, and still has £12.50 to spend, but this time he walks into the supermarket, gives over his cash and in return gets a random basket of goods.

This second scenario is also worse for the supermarket, for a few key reasons:

So, why doesn’t Tim’s supermarket change the way it does business?

Put simply, fear of the unknown, and the upheaval it thinks will occur to its shop floor and business model.

This fear is not without cause. The supermarket will need to invest time and energy to change. But once done, the supermarket will be able to properly understand the value of each item, allow its customers to find products easily and be charged the right price for them. In fact, and most importantly, by better understanding the value of its products, the supermarket can make more money with its existing stock and is more likely to take share from its competitors who have yet to adopt this new approach to organising their inventory. In the short run, sales will increase and, in the long term, loyalty will be built because customers such as Tim like shopping there and keep coming back. It is no surprise that this approach to bricks and mortar commerce is what we accept as the norm.

But, Tim’s alternative universe is actually akin in many ways to what happens today within the digital media industry in so much that most digital media (for branding campaigns) is transacted this way both in the U.K. and in the majority of other markets.

The key metrics still used today to quantify volume and value are impressions and cost per thousand impressions (CPM). As trading metrics, these are simple and effective, up to a point, but they are also limited and in that they do not reflective the true value delivered. We (the industry) need to, where possible and appropriate, evolve the lingua franca. Doing this will help build trust and transparency.

Advertisers should be able to easily buy only the parts of an inventory pool that they want, and in a world moving rapidly towards micro-targeting, segmentation and one-to-one marketing, they can. But, as these targeting capabilities evolve, so should the basis of the transaction which underpins them.

Advertisers should expect to pay only for delivery against their desired target audience – and media owners should be evolving to sell against an expected level of delivery for an intended audience. In the case of under delivery, advertisers should receive ‘make goods’ in the form of a a refund.

Although make goods can make media owners nervous, this approach has worked successfully in TV for decades and has helped TV become and maintain its position as the number one medium for marketers looking to place their most important branding campaigns. Arguably, TV still outpunches its weight in terms of spend because it is underpinned by these mechanisms.

It would be naive to think that a move towards the TV based approach would be without some upheaval, but this is predominantly a commercial mindset change more than anything else. The critical relationship that the media owner has to grasp is the relationship between media volume (impressions) and that media volume delivered against an audience (ratings).

These relationships can be easily established with a few simple steps:

Following the steps above, all parties win. It’s a non-zero sum game.